There’s been a lot of internet hoohah around Gibson releasing a video by its Director of Brand Experience(!), Mark Agnesi to play authentic…or else…which was the general tone of the video. We invented things guitars you love, so buy the original, not copies or interpretations of our designs. The trouble is, Gibson haven’t defended all their designs over the years, and like Fender, some of the guitar shapes are now considered generic guitar design and therefore difficult to uphold any trademark.

Gibson recently lost its case in EU General Court to defend the Flying V shape – arguably its most distinctive shaped guitar, ruling: “there has been no demonstration of distinctive character acquired,” by the Flying V body shape and, “that when the application for registration of the challenged mark was filed, the V-shape did not depart significantly from the norms and customs of the sector.” This a case that’s been running since 2010. Warwick and Framus owner, Hans Peter-Wilfer challenged the registration in respect to musical instruments.

It will be interesting to see what effect, if any, it has on the US case, and indeed how Gibson continues to legitimately defend its trademarks, whilst balancing the wrath of social media over its perhaps overly aggressive stance. Making the point that Gibson were the company that originated these classic guitar designs and deserve their place as guitar royalty is without question, but maybe the “coming after you” rhetoric was a little too…Trumpist? 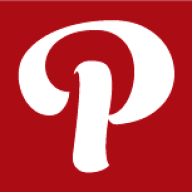